Web Desk  ::General Qamar Javed Bajwa, Chief of Army Staff (COAS) visited Quetta today on a day long visit. COAS was given detailed security brief at HQ Southern Command, met families of victims of Mach incident and also interacted with a large gathering of Hazara community.
At HQ Southern Command, COAS was apprised about prevailing security challenges in the province and the measures taken, including border management along Pak- Afghan and Pak-Iran Border. COAS also spent time with the bereaved families of Mach incident victims and shared their grief. COAS assured them that perpetrators of this heinous incident shall be brought to justice and blood of the martyrs will not go waste.
Later, COAS addressed the garrison officers. COAS appreciated their preparedness and efforts for ensuring peace and stability in the province despite difficulties of terrain and distances involved. Balochistan is in sharp focus of our enemies due to its strategic potential, COAS remarked. Balochistan is the future of Pakistan and progress and prosperity of the province is progress of the country, COAS reiterated. The disruptive efforts by hostile forces won’t be allowed to succeed, COAS emphasised. Security, stability and prosperity of Balochistan shall be pursued/ ensured to the hilt, COAS concluded.
Earlier, on arrival at Quetta, COAS was received by Lieutenant General Sarfraz Ali, Commander Southern Command.
https://twitter.com/OfficialDGISPR/status/1349400879980564491
https://twitter.com/PakistanFauj/status/1349397472901292033

In picture #AreebaHabib Looks Beautiful In Her Latest Bridal Photoshoot

Web Desk :: AreebaHabib Looks Beautiful In Her Latest Bridal Photoshoot Scroll down to check out more!

In picture : #Aizakhan and #DanishTaimoor Sizzle In Their new #photoshoot

Web Desk ::Ayeza Khan and Danish Taimoor are one of the industry’s most adored celebrity couples. Not only do they look amazing together but they’ve been known to throw support at each other’s projects, no matter how extreme they may be. Their latest photo shoot Scroll down to check out more!

Web Desk :: Javeria Saud invited morning show host Nadia Khan to her house for a wedding dinner. Nadia accepted her invitation and arrived at her house with her husband Faisal Mumtaz. The couple is looking very happy in the big house of Javeria Saud and they also took pictures of themselves sitting on the chair of the princes. 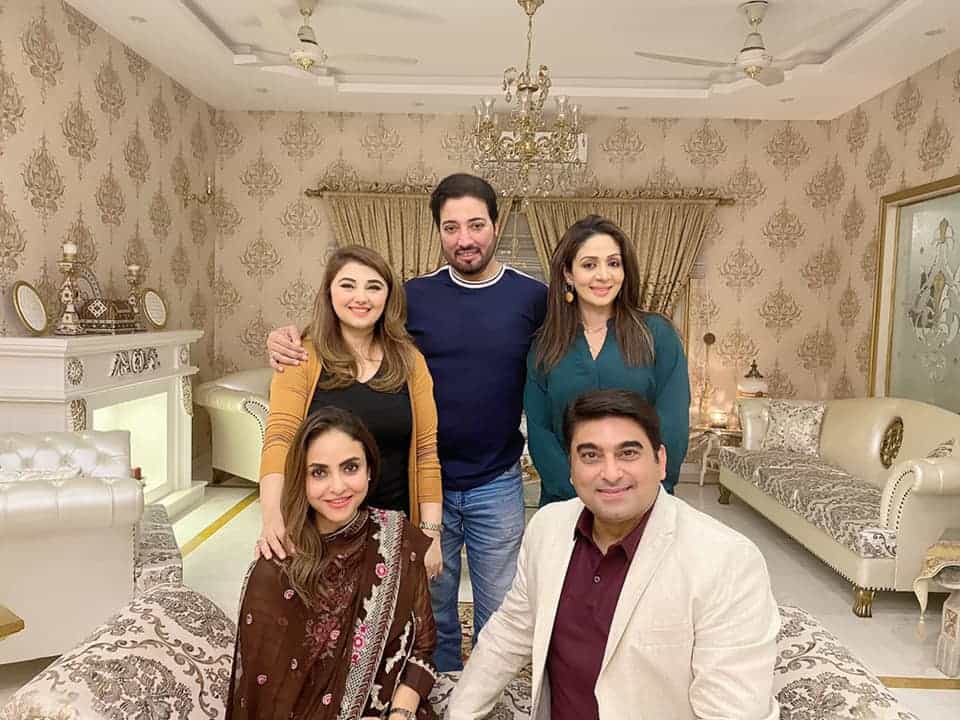 Web Desk ::Pakistan’s left-arm fast bowler Junaid Khan is not playing for the national cricket team right now but he is spending his time well with his Hens XI at his native village in Swabi in Khyber Pakhtunkhwa

In the video uploaded on TikTok it can be seen that Junaid Khan was touring his chicken-yard showing his rare chicken species to his fans.

Pakistan Navy has been hosting Multinational Exercise “AMAN” since 2007 under the slogan “TOGETHER FOR PEACE”.

In recent years there has been a surge in the number of women officers working as assistant commissioners in the field to prove their mettle. An increasing number of women have started joining the police force as assistant superintendent of police (ASP) and assistant sub-inspector (ASI).”For the first time in Khyber Pakhtunkhwa, a woman police officer has been appointed district police chief,” KP Police wrote on Twitter, announcing that Sonia Shamroz had been assigned as the DPO for Lower Dir.`

‘No Time To Die’ #JamesBond movie delayed again by #pandemic

Web Desk ::Much-delayed James Bond movie “No Time To Die” was postponed again due to the pandemic “NO TIME TO DIE, the 25th film in the James Bond series, previously set to release April 2, 2021 will now release on October 8, 2021 — wide,” MGM said in a statement to AFP.