Web Desk   ::Huawei has started to restructure itself internally, with a focus in the near future on expanding the business with mobile network technology rather than launching and the sale of smartphones. Trump and the coronavirus are to blame. As the Japanese business service Nikkei Asian Review reports, Huawei wants to invest less in the purchase of smartphone components and instead focuses more on the Group’s other core business: the development and sale of hardware for mobile radio networks.

The background is allegedly the higher spending on important infrastructure planned by the Chinese government, which should help the economy in the “Middle Kingdom” to recover as quickly as possible from the effects of the coronavirus pandemic. President Xi had mandated that more money flow into 5G and other networks, as well as capacity building in data centers.

Huawei had already started to prefer the network division when shopping, but according to the report, the company has now reduced its purchases of smartphone components for the period between April and June by up to 30 percent. This also includes components from the display area.

In any case, Huawei has already cut its forecast for the full year due to the impact of the US embargo on the company and the consequences of the coronavirus epidemic. The company expects “only” around 180 million smartphones sold. Compared to 2019, this would correspond to a decrease of 25 percent, since 240 million devices were sold last year.

Due to the slump in sales in China and many other regions, Huawei can now expect the first decline in its sales of smartphones – so far, things have been going up significantly every year. Meanwhile, the demand for the products of the network division remains high.

One of the reasons for this is that China is now starting to push ahead with the expansion of its 5G networks. In addition, expenditures for the expansion of mobile networks are flowing steadily, while the smartphone market is much more sensitive to the global development in the private customer sector, which has just been slowed down by the coronavirus.

Web Desk ::Tunisians out on the streets during the COVID-19 shutdown in the country should be prepared to be questioned by police officers — the robotic kind. Four-wheeled autonomous robots patrol the city to help implement a 12-hour night curfew intended to curtail the spread of COVID-19, the virus-caused respiratory disease.

The Tunisian-based Enova Robotics PGuard robots come fitted with infrared and thermal imaging cameras and a sound and light alert system to make public announcements. Once the bots find suspected violators, they roll up and ask for Identification to be remotely checked by police officers, who can communicate with people through microphones and speakers in real-time.

We have locked down educational institutions, Malls, marriage halls, restaurants & other places where public congregates.PM IK

We have locked down educational institutions, Malls, marriage halls, restaurants & other places where public congregates. But, to stop the devastation of the lockdown we have kept our agri sector open & now we are opening up our construction sector.

On this day in 1951, Khan won the British Open Squash Championships propelling him from relative obscurity to the status of an international icon.

Born in 1914, Khan was raised in Nawakilli, Peshawar, a small village in what was then India. His father worked at a British officers’ club with squash courts where Khan apprenticed as a ballboy.

Learning the ropes of the sport while on his off-hours, Khan played barefoot on the club’s rough brick courts—an early testament to his tenacity. By age 28, Khan became a squash pro and soon after, a national champion of the sport.

After winning three All-of-India titles, the newly independent government of Pakistan drafted him to represent the country at the 1951 British Open.

Khan dominated during his first appearance at the British Open, considered squash’s world championship at the time, and went on to take home the grand prize.

He returned to Pakistan a national hero with a million people greeting him upon his arrival.

This monumental victory became the first hurrah of the Khan family’s squash dynasty. Over the next 46 years, the tournament was won 29 times by either Khan or one of his relatives, including renowned players Jahangir Khan and Jansher Khan.

The country delightedly says ‘Thank you’ to Hashim Khan, for proving that through hard work and determination, people from every background can achieve greatness. 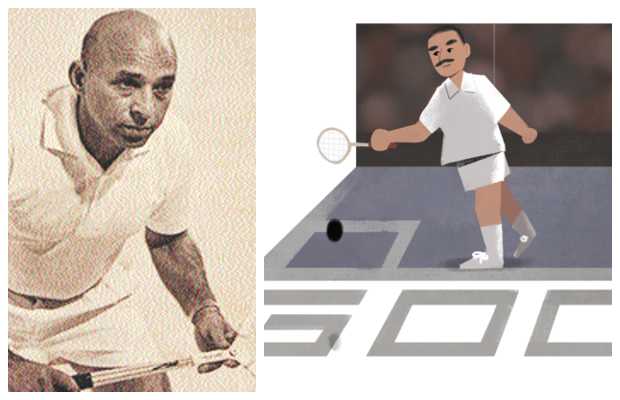 Samsung Galaxy A21 Leaked: A Worthy Successor To Galaxy A20

Web Desk :: According to at least one survey, the Samsung Galaxy A20 was one of the top ten most successful phones of 2019. And It’s not hard to see why, because the device packed incredible value and performance for a mid-range smartphone price.

It looks as if Samsung is planning a sequel, as frequent leaker Evan Blass has posted on his Patreon account an apparent 360 degree Galaxy A21 build.

The simulation shows a phone as seen on the Galaxy A20 with a punch-hole camera, rather than a water-drop notch. We also get a look at the back of the handset, showing a rear quad-camera in place of the dual camera set-up of the old model.

If the quad camera setup for the Samsung Galaxy A21 is like other recent Galaxy A-series phones, then we can expect big, ultra-wide, macro, and depth cameras. Perhaps the new Samsung phone also offers another increase in camera resolution, as the Galaxy A20 offered a 13MP main camera and an ultra-wide secondary 5MP sensor.

Many notable features include a rear fingerprint scanner (no in-display sensor), a thick bottom bezel, and a 3.5 mm port. Processor, display information and battery capacity are not leaked at this point. And we may have to wait for those bits of information to be publicly announced.

Either way, we expect the Galaxy A21 to be another successful entry in the 2020 line-up of Samsung — given it is available at a reasonable price.

The charity hospital that provides treatment to the cancer patients is also in front line to combat against the novel coronavirus. Shaukat Khanum offers free cancer treatment to 70 per cent deserving pateints.
It is important to mention that the other high end hospitals are charging as much as Rs.8,000 for the diagnostic tests of the COVID-19.

As per the statement issued the cost of performing the COVID-19 test at SKMCH&RC is Rs.8,000 per test, but for the ones being tested at SKMCH&RC Lahore all hospital charges and fees which includes the costs of testing for the coronavirus infection, have been removed as part of the Shaukat Khanam’s commitment to the greater good in these testing times.
It is clearly indicated in the statement that the free test service is only provided at the Lahore facility of the Shaukat Khanam Hospital. At the Lahore facility of the hospital, a fully equipped camp is set up.
It further added that the coronavirus camp is the initual assessment centre for the COVID-19 patients.

web Desk  ::The well-loved and famous actress Maya Ali is exploring her baking skills in quarantine. She recently flaunter her skills on social media.

She took it to Instagram and share that her baking experiments continue in the quarantine amid the coronavirus outbreak.

She wrote that her “quarantine baking continues”. She wrote that her first chocolate chip cookies were given approval by her mother. She further mentioned that it was fun to make them and even more fun to eat them

She even posted a picture of herself in which she posed with the delicious cookies made by her.

The celebrity industry of Pakistan keeps on sharing their life in quarantine with their fans in social media, for keeping all motivated during these self-isolation times.

Some days earlier, the most loved and cherished singer both locally and internationally, Atif Aslam took it to social media and shared his take on the efforts being put in by the Prime Minister of Pakistan and the government in handling the COVID-19 crisis. He lauded the efforts and presented his services if need be to PM Khan.

My quarantine baking continues. Made my first chocolate chip cookies and were approved by my Amma 🙌🏻. These were so fun to make but even more fun to eat.. 👩‍🍳 🍪 🍪

Web Desk ::Facebook Messenger desktop app has launched for Windows and macOS. Facebook in an announcement revealed that audio and video messenger calling on a desktop browser has surged by 100% in the past month.

The key highlights of Messenger desktop app are group video calls that enable you to stay in touch with family and friends on a bigger screen in comparison to a smartphone. Also it is easier to connect with people on Messenger if you are connected on Facebook. You don’t need email ids, phone number or sign up procedures for it.

Similarly, with Messenger app downloaded you can easily multitask. You can have the app open while doing other things on your computer. This is something not possible on a smartphone.

Notifications are available on desktop, however you can snooze or mute them if you want. Similarly users can switch between devices without any fear of losing Messenger history.

All the messenger features we know are available on the app including the Dark Mode and GIFs. You can download messenger for desktop from the Microsoft Store and the Mac App Store. Web Desk ::Recently, Nadia Jamil a well-known actor and TV host told everybody on Twitter that she has been diagnosed with a breast cancer grade 3 tumor.

Yesterday on her twitter account she made this depressing announcement. She tweeted that she was diagnosed with cancer last week and it has been four days since the treatment has started.

Nadia Jamil told everyone how she feels ever since she got diagnosed with cancer.

She states that she has felt each every sort of feeling starting from fear, apprehension, acceptance, unbeatable love to calmness, overwhelming gratitude, patience till a sense of responsibility towards her parents, children, loved ones and for herself. 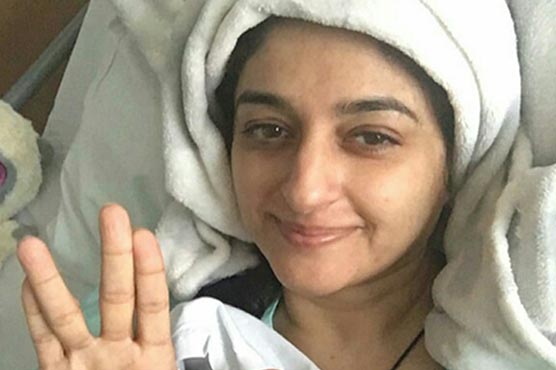 If u feel any abnormalities while self checking 4 lumps,please act fast.
There is often shame around the conversation about #breastcancer in South Asia.Time we deal w it w #breastcancerawareness Early detection/fast action.
Had no idea it wld happen 2 me. Alhamdolillah 4 checking

My dear twitter family Alhamdolillah my surgery date has come.Your prayers have worked. JazakAllah Khair, shukriya all of you.
Tomorrow morning I will go into surgery, InshaAllah.
Please remember its important 2 catch #breastcancer early,so ladies,dont ignore looking out 4 lumps