The global ranking of AI capabilities featured by Zurich Institute of Technology now lists OnePlus 8 Pro, the score appeared after testing with Snapdragon 865 Processor along with 12GB RAM, the device scores 33480 points which is almost equivalent to Xiaomi 10 5G smartphone.

According to the details, the OnePlus 8 Pro score has improved by 25% when we compare it with the previous generation OnePlus 7T with Snapdragon 855 Plus processor. In the current AI Benchmark, Huawei Mate 30 Pro 5G and Honor V30 Pro, which uses self-developed DaVinci NPU, holds the first place. However, if you look at the integrated chip platform, the strongest is MediaTek 1000.

The exposed rendering by OnLeaks shows that the OnePlus 8 Pro uses a small-aperture punch-hole screen which can be seen on the upper left corner of the device, and it is an OLED.

Previously, OnePlus held a special screen technology communication meeting, and announced the technical details of the 120Hz 2K OLED screen. This screen will be launched by OnePlus 8 Pro…

The company emphasizes that this is the most anticipated 120Hz screen in 2020. The screen sampling rate has reached the industry’s highest value of 240Hz, JNCD <0.8, far exceeding the industry standard (JNCD <2) and iPhone 11 Pro Max (JNCD <0.9) Will bring consumers the top 120Hz screen experience.

As for the price, the former founder and CEO of OnePlus Liu Zuohu revealed that when interacting with users on social media, the cost of 5G mobile phones is much higher than that of 4G, suggesting that the price of OnePlus 8 series will increase. Judging from the Snapdragon 865 model released this year, price increases are an industry trend. So we can expect the price increased by 25% as compared to the previous generation OnePlus smartphones. The rest we will see when the company officially announces the device launch. 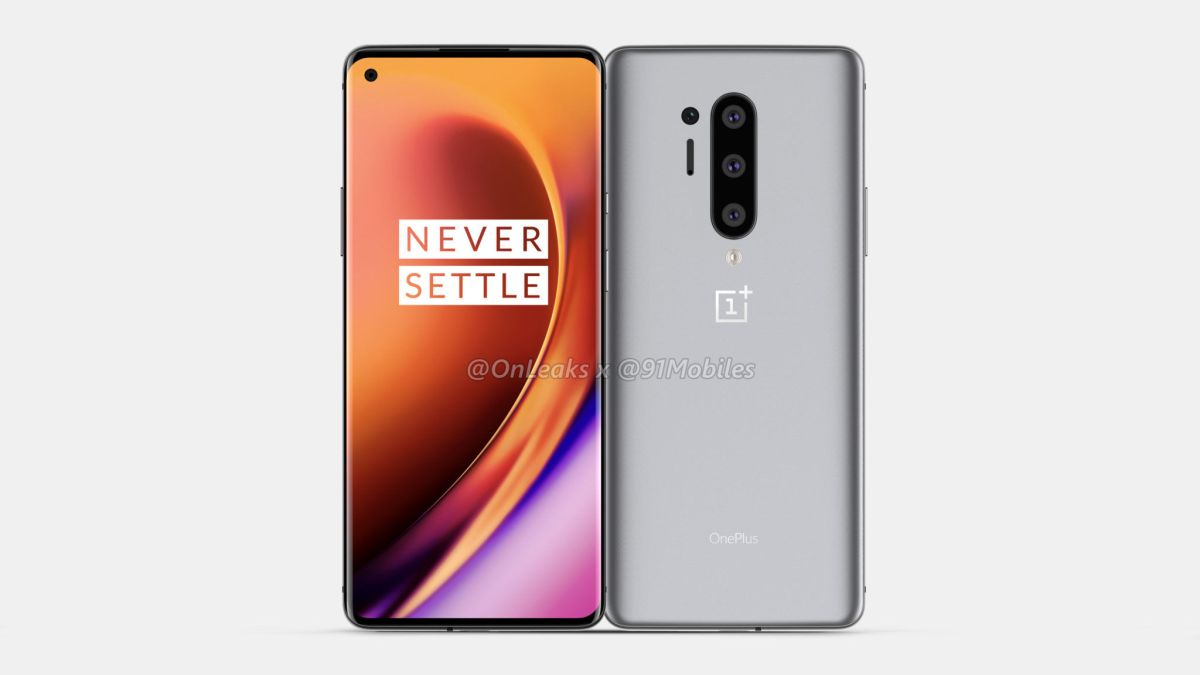 #US Student Visa Services for #Pakistanis to Resume from #Oct 1

Web Desk :: The United States mission in Pakistan on Monday said that the student visa services for Pakistan would be resuming from the 1st of October after the services were suspended owing to the coronavirus pandemic.

As per the reported statement, the services would begin at the embassy of the United States in the federal capital and the US Consulate General in Karachi.

The student visas are a top priority, the US mission statement said that and also added that it would try making every effort in order to assist the student visa applicants on time and with as much safety as possible.

The statement further indicated that at any provided time, about 8,000 students from Pakistan, study at the universities and colleges across the US and that it looked forward to inviting others who were in the mood of getting the American educational experience.

It also said that the applicants are needed to wear masks and maintain social distancing as part of the safety protocols to combat COVID-19.

It further added that the processing of the other visa categories would also be resumed as soon as they could. Applicants could visit the website of the US mission in order to learn whether they quantify for an emergency appointment.

#PTA can #Block or #Remove #Immoral Online Content on #SocialMedia

Web Desk  ::Under section 37 of the “Prevention of Electronic Crimes Act”, Pakistan Telecommunication Authority (PTA) will either block or remove any immoral or/and indecent content. This was announced by PTA on Twitter.

Under Section 37 of PECA 2016, uploading of immoral/indecent content such as nudity, vulgarity & pornography is prohibited. pic.twitter.com/vCq2A2GpaN.”

According to the details, due to the undesirable effects of the immoral/indecent content surfacing online this step has been taken by PTA. PTA has given a warning to all social media and internet users not to upload any content that violates section 37 of the PECA 2016.

If users find any content online that breaks this law, they can report to PTA.

Recently, the authority blocked access to 5 dating/live-streaming apps. These include Tinder, Tagged, Skout, Grinder, and SayHi. This step was taken considering the negative effects of the immoral content present on these applications.

Back in July, the PlayerUnknown’s Battlegrounds (PUBG) platform was banned by PTA. The game was used by over 16m users in Pakistan. The game was banned as PTA received complaints  “that the game is addictive and has a negative impact on the physical and psychological health of the children.”

Also recently PTA gave a final warning to the Chinese-owned social media app TikTok to close down on what it named “immoral, obscene and vulgar” content on the app.

Web Desk ::The National Library of Pakistan, which has been closed for the last seven months, has been reopened to the public. Despite the shortage of staff, there is no shortage of facilities for readers.

When the National Library in Islamabad, which had been closed for several months, reopened, the number of readers was staggering. Spread over an area of ​​one hundred and sixty-eight thousand square feet, the library has a collection of books and facilities for those who have a passion for reading.

Ghayyur Ahmed, DG National Library, said that the National Library has 50 years of magazines, journals, and books. There are online databases and a large collection of microfilms, DVDs, and VCDs as well. More than a thousand people come here daily to avail the knowledge treasury. There is no shortage of facilities in the National Library but the staff is limited at the moment. There used to be more than 200 employees but now there are only 60. The Coronavirus has affected the operations of the library which will take some time to bring back to normal.

Web Desk  ::Pakistan Cricket Board (PCB) has confirmed the tour of New Zealand. The two Test matches of the series between Pakistan and New Zealand in the ICC World Test Championship will be played at Mount Maunganui and Christchurch.

The Boxing Day Test at Mount Mangnoi will run from December 26 to 30, after which the two teams will meet in Christchurch, where the second Test of the series will begin on January 3 according to the details.

New Zealand is fourth and Pakistan is fifth in the points table of the ICC World Test Championship. Currently, there is a difference of 14 points between the two teams, any team can get a maximum of 120 points in this series. In the points table, India (360 points) is first, Australia (296 points) is second and England (292 points) is third.

Before these two Test matches in the ICC World Test Championship, both the teams will compete in three T20 matches. The first match of the T20 series will be played on December 18 in Auckland, the second on December 20 in Hamilton, and the third on December 22 in Napier.

Top #export destination for #Pakistan remains to be the #UnitedStates in August.

Web Desk  ::The top export destination for Pakistan remains to be the United States in August. The county earned $334.5 million in proceeds during August. This is a decline in comparison to the $341.08m in the same period of 2019.

According to the details, in August, the United Kingdom was the second-biggest export destination for Pakistan at $129.17m.

In August, the United Arab Emirates purchased the merchandise of Pakistan. It was worth $93.219m in August reducing by 6.51% in comparison to $99.714m in the same time period last year.

web Desk ::One of the big successes of the Asif Raza Mir is that he is the founder of A &B Entertainment, which is a famous Pakistani television production

Born on September 28, 1959 in Karachi Pakistan Asif is a well known actor in the Pakistan media industry, who has especially been active during the years 1980’s. However in the later years he has been dynamic in both film and drama industry.

His career success rose to a peak during 1980s during which Asif has acted in a number of famous films which include Badalte Mausam, Haye Yeh Shohar, Daaman, Playboy, Mere Apne and Saathi. In his career, he has worked with many of the superstars of the industry. He also has a rich career in the drama serials; the famous drama serials in which he has worked include Ishq Gumshuda, Choti Choti Baatein, Main Abdul Qadir Hoon, Tansen, Samundar, Darwaza and Tanhaiyaan.

One of the big successes of the Asif Raza Mir is that he is the founder of A &B Entertainment, which is a famous Pakistani television production.

Along with his career in the entertainment industry he is also a very well known businessman. However, he is also admitting that he had never been able to keep the balance between the two professions at its best.

Asif has been nominated for the several awards, including Lux Style Award for the Best TV Actor, and he had won it.

Web Desk   ::The final decision regarding the resumption of primary classes will be taken on September 29. This was revealed by the Federal Minister for Education Shafqat Mahmood.

The National Command and Operation Centre (NCOC) will take the final decision about whether to resume classes for grades 1-5 or not. He said this while speaking at the National College of Arts (NCA).

Earlier, the government made the announcement that the primary classes will begin in schools on 30th September. A final decision by NCOC was pending, the report said.

About the COVID-19 pandemic, Mahmood stated that 30,000 COVID-19 tests are being conducted by the government across Pakistan on a daily basis. Most of these tests were taking place in schools.

The minister emphasized that due to the six-month closure of schools amidst the pandemic there has been an academic loss for the students. Thus, it is of utmost importance to continue the academic year.

In response to a question, the minister said that the opposition does not have public support as PML-N and the PPP have been exposed over the last couple of years.

He termed the recent statements by Nawaz Sharif as an act of hypocrisy. He said that while he sitting in London is just criticizing the government, his own people are meeting the military leadership.

About the increase in food prices, Mahmood said that the government wants to bring down inflation, and now the economic indicators appear positive.

Web Desk  ::Karachi’s private school association has made the announcement regarding free schooling for students up to matriculation for the students who lost their parents amidst the COVID-19 pandemic.

The private school representatives jointly held a press conference in Karachi in which they made the announcement that free tuition would be offered for students whose parents lost their lives amidst coronavirus.

According to the details it has been claimed by the associations that they will make sure that the schools follow the Standard Operating Procedures (SOPs).

Shahzad Akhtar, an official from one of the representative groups said that the parents who have been unable to pay the school fees for the last 7 months would be permitted easy installments.

Akhtar advised that the parents who can pay the fees should do so.

Haider Ali, another representative said that the 76-point SOPs laid out for the management of the schools has been endorsed by the private schools.

He said that students in schools will be completely safe while the staff of the school would make sure that the social distancing amongst children is maintained. The school canteen will be closed. Thus, children are supposed to bring their lunch and water bottles from home.

Syed Tariq Shah, another representative said that no admissions will be extended to students in schools without the transfer certificates. Adding, that the students having COVID-19 symptoms would be sent home. They will not be marked absent.