Jiddat Web Desk  ::On Monday Sindh government, offered a Turkish firm to remove garbage from Karachi and to make the city garbage-free.

While speaking to media, Shah that the firm would be given the task of lifting the garbage and cleaning the roads. He said that 6 garbage transfer stations—GTSs would have to be made for serving the purpose.

The CM said that the Turkish firm would be transporting the garbage to these stations. The government has got the plans of launching an Edhi Line transport service for the people of Karachi.

Abdul Sattar Edhi is no small name. Every Pakistani and even the world knows about the welfare service provided by this man. The transport line has been named after him. He died in 2016. Sindh Information Minister Saeed Ghani announced this project and said that initial work on the project has been nearly done.

Web Desk ::New Zealand’s government said on Sunday it will introduce laws banning all advertisements of e-cigarettes and the sale of such products to people under 18 in a move to regulate a market that has been under pressure globally.

A string of vaping-related deaths and illnesses tied to e-cigarettes, which allow users to inhale nicotine vapour, often flavoured, without smoking, have been reported in the United States, leading to lawsuits and restrictions. 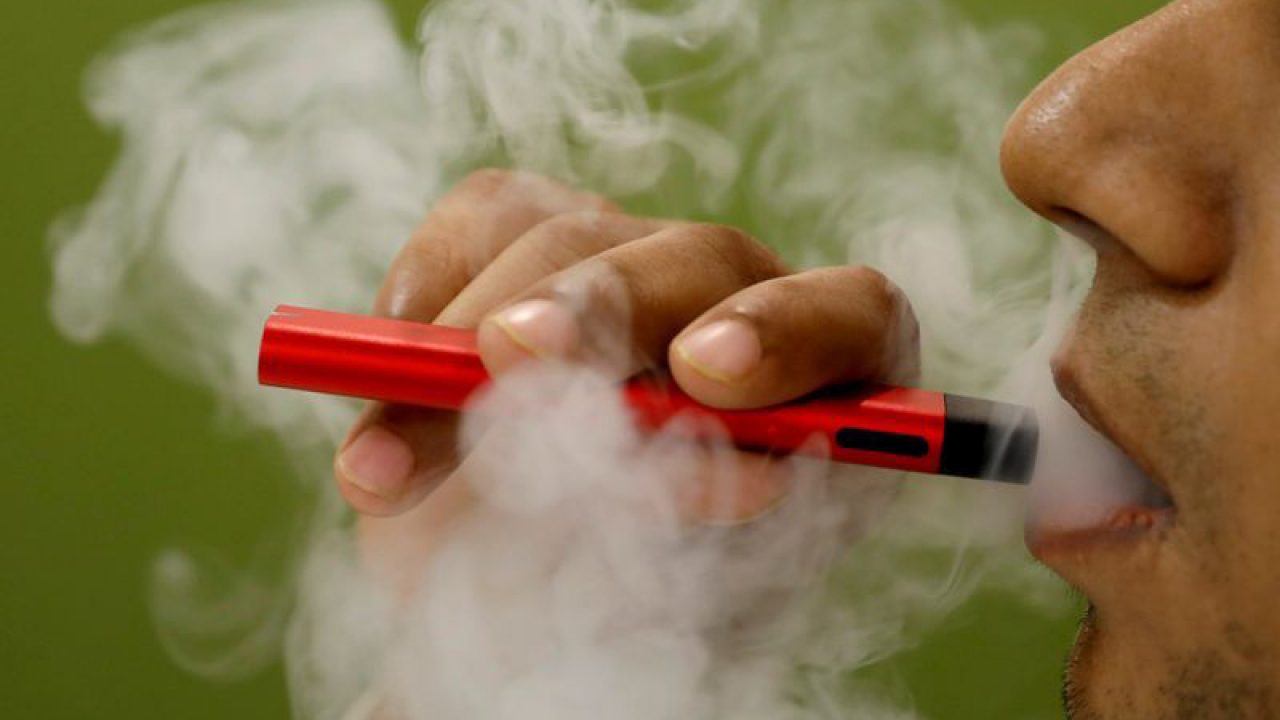 Gold price reaches to Rs 96,300 per tola in Pakistan

Karachi.Web Desk :: Galloping gold prices in recent rally with Rs 2000 increase to hit an all-time high of Rs96,300 per tola in the domestic market on Monday,  News reported.

Likewise, the price of 10 grams of the precious metal recorded an increase of Rs1715 to clock in at Rs82,562 at the end of the day’s trading.The latest surge in prices of gold bullion is attributed to a rise in rates of the precious yellow metal in the global market.

The local bullion market continued its bullish trend as on Saturday the price of gold increased Rs650 per tola to hit a record high of Rs94,300 per tola.

Spot gold rose to $1,684 per ounce after hitting its highest level since Feb. 13, 2013 with 40 dollars per ounce hike.Bullion risen 4% in previous week, on track for its best week since late June.

“Markets are once again anxious because the coronavirus outbreak is possibly spreading outside China. There is huge amount of safe-haven demand as economic slowdown in China, Japan and Germany is expected to persist in the first half of the year,” said Edward Moya, a senior market analyst at broker OANDA.

Web Desk ::Vivo was about to showcase its concept phone in MWC 2020 however, the MWC 2020 was canceled amid coronavirus threat and the companies not willing to participate in the event. However, Vivo has not confirmed yet when the company officially unveiling the concept smartphone APEX 2020 but we got some details about the device beforehand.

Vivo has started advertising APEX 2020 phone which was spotted by Android Police in Barcelona, the advertisement poster confirms that Vivo APEX 2020 would be the first android device featuring gimbal-like stabilization technology, however, this was previously leaked in unofficial renders earlier.

IceUniverse, on the other hand, leaked information about the 120 Degree waterfall screen with a 120Hz refresh rate of the device and its launch date being closer. The company itself has now officially announced at the time of writing on Weibo that the APEX 2020 phone is coming on February 28.

Web Desk :: A new song to mark the first anniversary of the downing of the jets of the Indian Air Force has been released by the Pakistan Air Force (PAF).

According to the statement issued by the spokesperson of the PAF, the song ‘Allah o Akbar’ has been sung by the singer Shuja Haider and honours the bravery of Sherdils.The Pakistan Air Force (PAF) said that the song was a story of the Pakistani nation’s resolve.

The life-sized statue of the Indian Air Force’s Wing Commander Abhinandan Varthaman had been installed in an exhibit at a museum in Karachi run by Pakistan Air Force.

Addressing inaugural session of a seminar on challenges to the energy sector in Pakistan under the aegis of NEPRA, the Chinese envoy in Islamabad, said that a process of large scale reforms underway in the country.

He highlighted the special importance to reforms for development of the Pakistani economy.Ambassador Yao Jing said that his country extending cooperation to Pakistan in all sectors, especially in the energy sector.

He vowed to fulfill the China’s promise with regard to the flagship CPEC project.The China-Pakistan Economic Corridor is a project for changing the destiny of the region, the Chinese ambassador said.

Speaking on the coronavirus outbreak in China, Mr. Yao Jing said that the situation was improving in the country. He said his country was succeeding to control and treat the lethal virus.

Earlier, chairman CPEC Authority, Lieutenant General (retd) Asim Saleem Bajwa said in the seminar that work on the second phase of the CPEC has begun and the coronavirus outbreak has not halted progress on the CPEC.

Web Desk : Senate’s Standing Committee on Human Rights on Monday passed Zainab Alert Bill after necessary amendments,News reported.The meeting of the committee was chaired by its Chairman Senator Mustafa Nawaz Khokhar, here today in Islamabad. The bill was finalised in the last meeting of the rights committee of Pakistan’s Majlis-e-Shora.

The draft will be presented before the Senate on March 2 for the approval. The bill will be enforced countrywide. According to the recent amendments, the police will be bound to register FIR of the missing child and action would be taken against the officers, denying to lodge the report.

The cases related to child rape cases will be heard by special judges.Last month, the government and opposition had unanimously passed the Zainab Alert bill which will pave the way to penalise culprits in crimes against children from 10-14 years to life imprisonment.

A helpline 1099 will be established under the law besides the constitution of an agency to take immediate action after responding complaints about abduction, murder, and rape of minor children, read the bill, adding that the officer will also get penalised over failure to respond within two hours.

Web Desk ::It has been reported that the Malaysian Prime Minister Mahathir Mohamad has resigned from the post on Monday. According to a report by a Malaysian media outlet, the 94-year-old recently elected PM sent his resignation letter to the King on Monday morning at 10:45 am PST.

As per the details, the clash has been taking place in Malaysia and the fate of the coalition government was in doubt after surprise talks between the political party of Mahathir Mohamad and other groups on forming a new government with Anwar Ibrahim, who had earlier named as his successor.

Mahathir Mohamad and Anwar Ibrahim are the old rivals in the Malaysian politics and their rivalry has shaped the politics in Malaysia for decades with tension persisting despite their alliance to with the general elections back in 2018 based on a promise that Mahathir Mohamad would one day transfer power to Anwar.

According to the details, Anwar Ibrahim, 72, accused the political party of Mahathir and other members of his own political party on Sunday of plotting to form a new Malaysian government with the United Malays National Organization, the ruling party that was ousted in 2018 elections on widespread accusations of the corruption.

It is worth mentioning here that the decision on when Mahathir stepped down will be made after he chairs the Asia-Pacific Economic Cooperation summit in November. 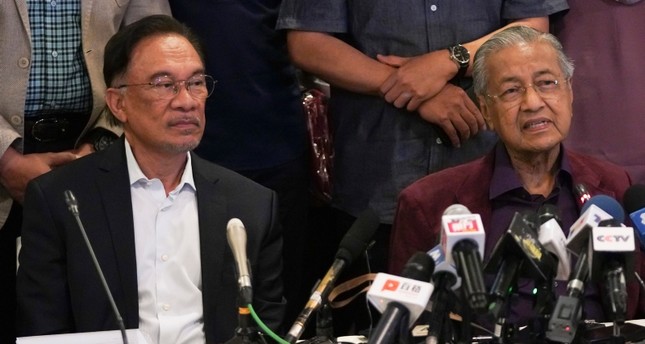 “Gains of 2 decades of WOT shall be consolidated to achieve enduring peace and stability both for Pak & the region. Army is aware and capable of thwarting all threats to security / sovereignty of Pakistan
irrespective of the cost ”COAS. (3/3)

…backed by the entire Nation, achieved unparalleled success at a monumental cost paid in men & material. Tribute to our martyrs, our real heroes, our pride. We also salute our resilient nation in defeating extremists’ ideology & for unflinching support to the AFs. (2/3)