UNITED NATIONS, Oct 20 :The number of children who die before reaching their fifth birthday has fallen to an all-time low, yet children around the world continue to die at an alarming rate, with 5.6 million deaths recorded last year, according to a new U.N. report, which called for making available most needed life-saving know-how and technologies “ particularly in Southern Asia and sub-Saharan Africa. In its annual report on child mortality, the UN said many of the deaths “ which averaged 15,000 a day in 2016 “ were from preventable diseases. The report also warned that neonatal mortality “ the death of babies in the first 28 days of life “ is not decreasing at the same pace as mortality rates for children aged between one month and five years. Each day, a total of 7,000 babies die before they are 28 days old. The report, entitled, Levels and Trends in Child Mortality 2017, was released Thursday by the Inter-agency Group for Child Mortality Estimation (IGME) “ composed of the UN Children’s Fund (UNICEF), the World Health Organization (WHO), the World Bank and the Population Division in the UN Department for Economic and Social Affairs. The lives of 50 million children under-five have been saved since 2000, a testament to the serious commitment by governments and development partners to tackle preventable child deaths, Stefan Swartling Peterson, the UN Children’s Fund’s (UNICEF) Chief of Health, said in a joint press statement. But without a greater effort to stop babies from dying the day they are born, or days after their birth, this progress will remain incomplete. “We have the knowledge and technologies that are required, we just need to take them where they are most needed”, he added. The current trends suggest that between 2017 and 2030, 30 million newborns will die within first 28 days of life. As such, the agencies stress that measures must be taken to achieve universal health coverage and ensure that more newborns survive and thrive, including by serving marginalized families. To prevent illness, families require financial power, their voices to be heard and access to quality care, Dr. Flavia Bustreo, WHO’s Assistant Director-General for Family, Women’s and Children’s Health, said. Improving quality of services and timely care during and after childbirth must be prioritiz

Pakistan International Airlines (PIA) may have been suspended to operate to EU and UK territories but the fighting spirit and resilience which the national flag carrier is known for through out its history does permit PIA to accept defeat. Hence, it has come up with an innovative solution to keep operating to its 64 years old route, non-stop. Ever since COVID 19 outbreak, PIA was called upon by the Government of Pakistan to perform its national duties, and PIA stepped forward.

Since March 16, 2020, PIA has so far repatriated over 200,000 people back to their homeland, in the largest of its kind relief operation in the country’s history. Large Pakistani diaspora was evacuated from Gulf, KSA, Far East, Central Asia and as far as North America and Australia. That operation still continues with our flights going to China, Malaysia, UAE, KSA, Bahrain, Kyrgyzstan and Azerbaijan.

Despite the fact that PIA gets criticism from some quarters, it keeps a check on many other airlines to control the fares and exploitation of Pakistanis, as PIA will always reliably provide direct services with generous baggage allowances and affordable fares. That is the reason that ever since PIA suspended its operations to EU and UK, the other carriers have jacked up their fares three to four time the normal fares, which tantamounts to exploitation.

There is a large number of loyal customers of PIA who prefer the national airline over anyone else, and it was now PIAs duty not to disappoint or estrange them.

Hence based on strong demand, PIA has announced partial resumption of operations through hiring a new European origin aircraft and crew to serve PIAs loyal customers at affordable prices and direct flights from home to home. The flights will be launched on August 14, 2020 to commemorate Pakistan’s Independence Day, aptly cutting the exploitation of foreign carriers.

The operator can control five drones at the same time without actually being on the field.T16 is one of the most advanced agricultural drones which can also dodge obstacles automatically.

The #PremierLeague2020-21 season will start from #September 12 after all participating clubs agreed in meeting via video link.

Web Desk ::The Premier League 2020-21 season will start from September 12 after all participating clubs agreed in meeting via video link.

The Premier League said it will continue to consult with the Football Association and English Football League regarding the scheduling of all domestic competitions.

Originally scheduled for 8 August, the Premier League is now set to start over a month later than planned and conclude on May 23 next year.

#UN Secretary-General #AntonioGuterres has encouraged Southeast Asia to recover better from #COVID-19 by addressing #inequality and #greening the #economy.

Web Desk ::UN Secretary-General Antonio Guterres has encouraged Southeast Asia to recover better from COVID-19 by addressing inequality and greening the economy.   In a statement to accompany his policy brief on the impact of COVID-19 on Southeast Asia, Guterres said four approaches including include tackling inequality in income, health care and social protection; bridging the digital divide greening the economy to create the jobs of the future and upholding human rights, protecting civic space will be critical in the region’s plans for recovery.

Guterres said the United Nations is strongly committed to partnering with the countries of Southeast Asia, and will continue to support efforts to get the region on track to achieve the Sustainable Development Goals and build a peaceful future for all.

#Turkish drama series Dirilis: Ertugrul has taken #Pakistan by storm due to its representation of the medieval period and the account of the life and times of #Ertugrul Ghazi.

Web Desk ::Turkish drama series Dirilis: Ertugrul has taken Pakistan by storm due to its representation of the medieval period and the account of the life and times of Ertugrul Ghazi. Ever since the show aired on the state-owned channel PTV, it has become a household name in Pakistan.

In addition to this, after getting so much love from Pakistan, many of the Dirilis: Ertugrul have shared their desire of coming to Pakistan. Earlier we knew of Esra Bilgic aka Halima Sultan and Engin Altan Duzyatan aka Ertugrul, who wanted to visit Pakistan. As of now, we have discovered that Cengiz Coskun aka Turgut Alp has also revealed that he would like to visit Pakistan.

An upcoming eid special show will be having Cengiz Coskun as a special guest on a video call. The Turkish has also sent a video message about it and he is excited about his appearance in Pakistan. Tried and Tested 5 Tips:How to #Manage Work #Stress While Working from #Home

Web Desk :Working from home because of COVID-19 If you are reading this, then it means that you are already working from home due to the worldwide pandemic. When the lockdown was first announced, everybody was talking about increased productivity that the employees were showing while working remotely.

Although it is true in many cases that people have been more productive and relaxed while working from home, it is still not a complete picture. In fact, the other side of the story is pretty depressing and horrifying.

There are massive reports of people suffering from stress and depression during isolation. One of the major reasons for it is that now people are forced to work from home, and they are away from their friends, family, and colleagues. It is causing stress and anxiety among people. If you are one of those people who are suffering from, then worry no more.

Here are some of the ways that’ll help you manage your stress while working from:

First and the most important thing that you need to do if you are suffering from any kind of depression due to work is to set healthy boundaries. If you are giving your 100% and still there is the pressure of work on you, then you need to communicate with your boss and set some boundaries so that your work doesn’t affect your mental health.

One of the most tried and tested ways to manage stress is to work out on a daily basis. If you think that you are losing your control or you are struggling in managing stress, then you should start doing physical exercise every day. Not only will it help to reduce stress, but you’ll also see a visible change in your health. So, if you are not already doing it, it’s time that you start working out and do both your physical and mental health a favor.

Know about Things that Can Help

Lastly, it is said that you are what you eat. I’ll go a step further and say that your habits and eating routine describe you as who you are. You’ll be surprised to know how a small dietary change can have a positive effect on your mental health and help you in reducing stress. So, if you have been careless about your eating routine, now is the time to change it because it is one of the bright sides of this lockdown. You’ve got plenty of time to take care of yourself. So, don’t let anything stop you. Web Desk   :: COAS visited Heavy Industries Taxila (HIT) today. was chief guest at the handing over ceremony of Tank Al Khalid-1 to Armoured Corps Regiment. Tank Al Khalid-1 is joint venture with friendly countries China and Ukraine. During the ceremony Tank Al Khalid-1 displayed..and capabilities. COAS lauded the efforts of HIT towards attainment of self reliance and manufacturing of world class indigenous defense products, direly needed in evolving security environment. Reiterating the need for bolstering defence and operational preparedness
…COAS said that our defence preparation and operational readiness is to ensure peace within and peace without. However, if provoked, we shall respond and respond with all our might. 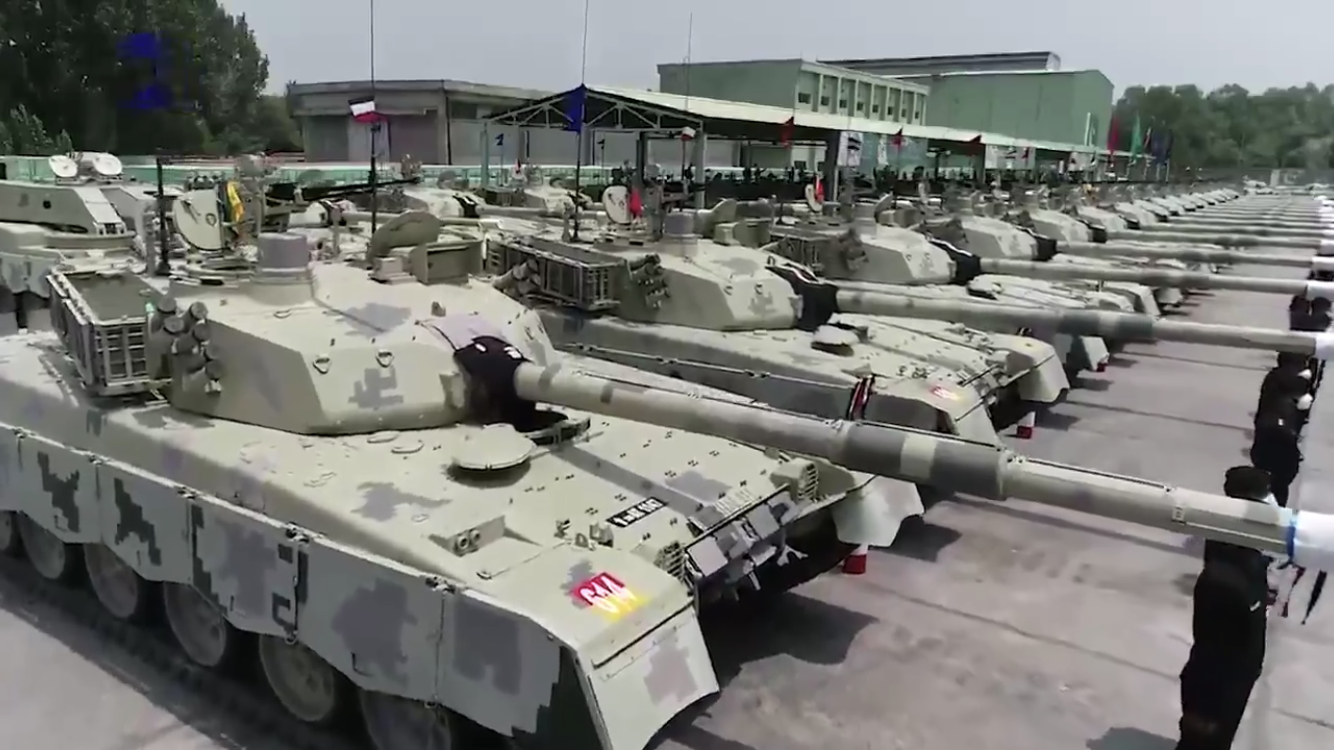 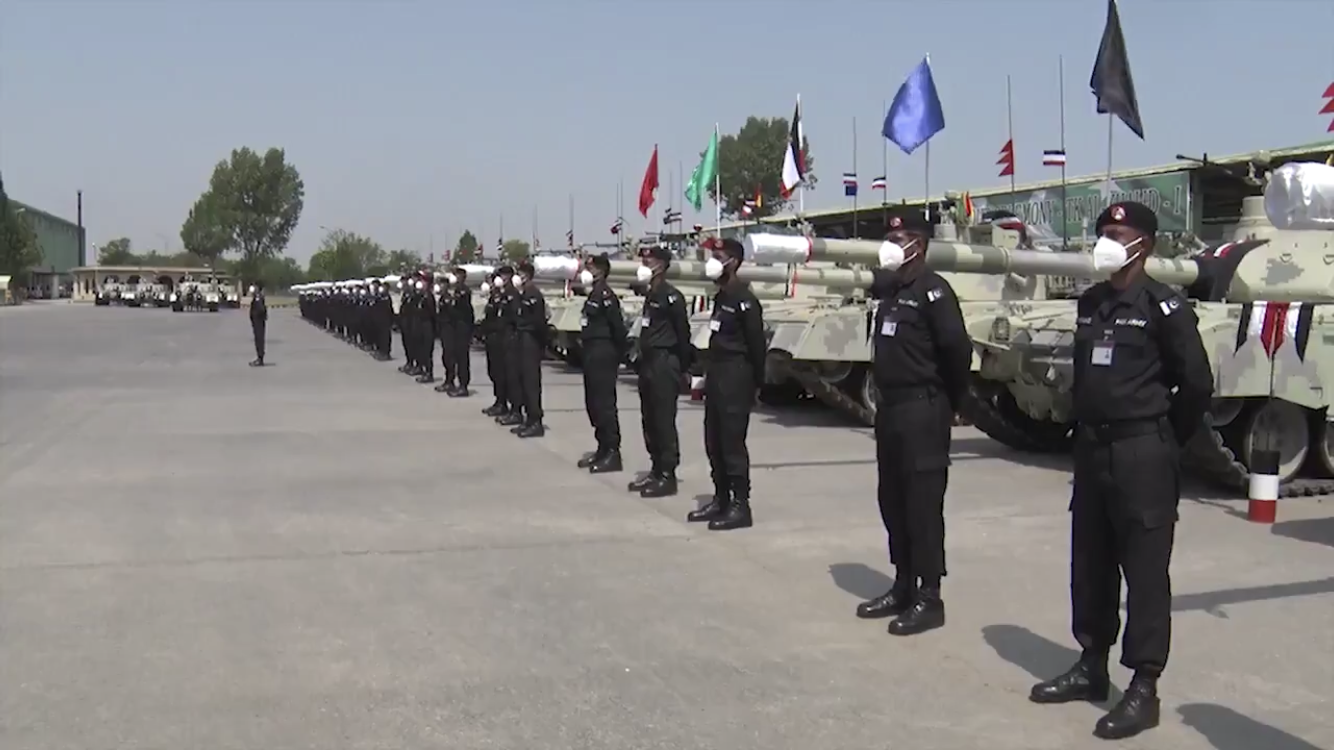