DUBAI, Oct 14 (Xinhua):Dubai Crown Prince Sheikh Hamdan Bin Mohammed Bin Rashid Al-Maktoum on Saturday launched the Hamdan Center for the Future of Investment “to enhance the contribution of foreign direct investment to sustainable development,” United Arab Emirates (UAE) state news agency WAM reported.     The launch of the center was part of the vision of Sheikh Mohammed Bin Rashid Al-Maktoum, Ruler of Dubai, and the direction of the UAE in exploring and shaping the future.     It also aims at contributing to shaping the future of investment in the world and enhancing its positive impact, reported WAM.     The center, which operates under the Dubai Investment Development Corporation (DEDI), is one of the institutions to promote Dubai’s strategy and future vision in developing strategies and programs that will enable Dubai to continue to compete globally and attract new models of investments.     The main programs of the center will be announced within the framework of the “Sustainable Investment Forum” which will be held during the Dubai Investment Week from Oct. 15 to 19.     The Center will also provide a number of quality services to strengthen the position of Dubai and the UAE as a center of excellence in knowledge and finance for the study and investment in development projects and the role of FDI in the of post-oil economic diversification.     Sheikh Hamdan Bin Mohammed Bin Rashid Al-Maktoum called for “the integration of global efforts to accelerate the development and financing of projects attracting private sector investments.”

Indian Charge d’Affaires Gaurav Ahluwalia was summoned by Director General South Asia and SAARC Zahid Hafeez Chaudhri at the Foreign Office in Islamabad on Saturday to register Pakistan’s strong protest at the ceasefire violations by Indian occupation forces along the Line of Control, resulting in serious injuries to an innocent lady.

Condemning the targeting of innocent civilians by the Indian occupation forces, the DG underscored that such senseless Indian acts, in clear violation of the 2003 Ceasefire Understanding and complete disregard for international human rights and international norms, further vitiate the tense atmosphere along the LoC and pose a threat to regional peace and stability.

Dr. @SaniaNishtar says that four Grade-17 officers of Benazir Income Support Programme have been dismissed from service on charges of corruption and misconduct

Jiddat Web Desk  ::Special Assistant to the Prime Minister on Social Protection and Poverty Alleviation, Dr. Sania Nishtar says that four Grade-17 officers of Benazir Income Support Programme have been dismissed from service on charges of corruption and misconduct.In a tweet, she said these officers got their wives enrolled as BISP beneficiaries fraudulently, using their position in BISP.

Jiddat Web Desk :: Good news for Pakistan the British Deputy High Commissioner Mike Nithavrianakis said that the British Department for International Trade (DIT) is raising its resources to Pakistan as it is an emerging frontier market that deserves more attention.

Karachi Chamber of Commerce and Industry (KCCI) said, “With more DIT resources, we will have a greater capacity to not only support British businesses who are keen to explore the Pakistani market but also assist the Pakistani companies looking forward to get engaged with UK companies.”

The former KCCI president Siraj Kassam Teli said that the British Deputy High Commission and Karachi Chamber need to form a special committee so that any issues can be reviewed there. After the UK’s exit from the European Union, there might be issues that would need to be resolved. Also, it is important to establish a special committee so that solutions can be recommended to make sure that there is smooth trade between the two countries.  In an earlier article, we informed our readers that the business sector in the UK has announced £100 million (Rs16.3 billion) investments in Pakistan including oil & gas and other sectors. 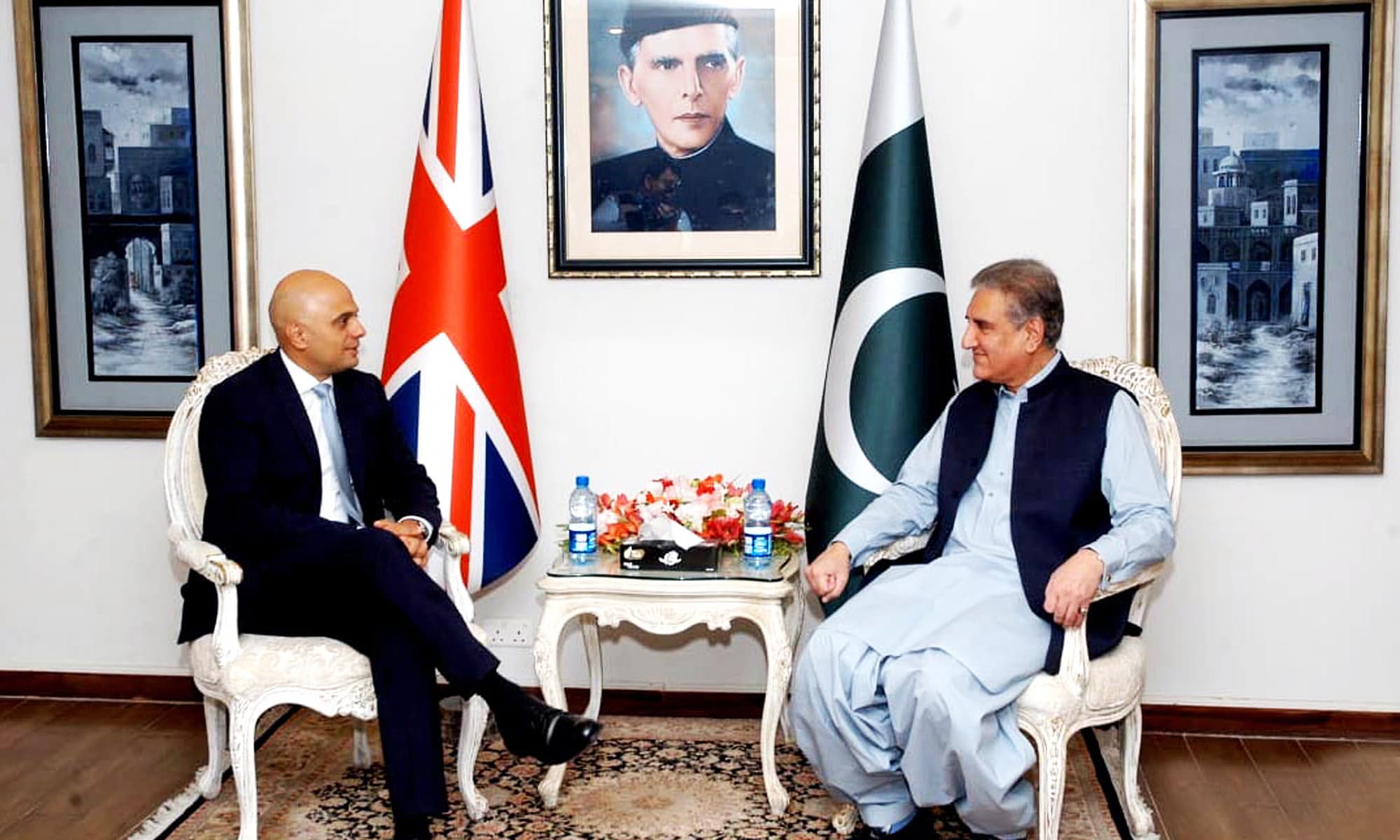 Foreign investment in Pakistan has reached a record of $2.225 billion

Jiddat Web Desk ::The foreign investment in Pakistan has reached a record of $2.225 billion in treasury bills during the fiscal year 2019-20. The State Bank of Pakistan confirmed that the latest T-bills auction that was held on 15th January yielded $537.9 million that is the highest amount for a single auction.

Even though the speedy foreign investment has helped the government in improving the reserves, it has started a debate among economists and analysts as a few of them believe that the ‘hot money’ can leave the country in one go that can be disastrous for the economy. But others are supportive of this idea of increasing the foreign reserves by accepting foreign investment.

In the current fiscal year, the investment from the UK and the US stood at $1.392bn and $758.3m respectively.  The inflows via T-bills helped the government in developing its reserves that pushed the reserves of State Bank to $11.568bn and the total reserves of Pakistan to $18.123bn.

The director research at Arif Habib Limited Samiullah Tariq said, “It is much better to borrow through T-bills rather than issue Eurobonds to raise foreign exchange. We saw that the government paid $1bn to retire the Eurobonds debt in December 2019 without issuing another Eurobonds.”

As per Mr. Tariq, the only risk that associated with T-bills investment or hot money is that it can leave the country in one go without any restriction.

PIA spokesperson Abdullah Hafeez Khan said, “PIA has announced a new partnership with AccesRail, the world’s leading provider of air-rail intermodal solutions.”This partnership will enable PIA to use the expertise of AccesRail and allow its passengers to book train tickets in the UK, Spain, Norway and Canada by using the booking platform of PIA or via the travel agent Global Distribution System.

Code-sharing is arranged by PIA with the company that will the PIA travelers to take their next destination after departing from the airport.For example, PIA just flies to Barcelona in Spain and after that, if the passengers want to visit other cities they can travel by train to them with the same ticket.

This new arrangement will offer easy rail or bus connections at the key gateways of PIA in the UK, Europe and Canada. It will allow passengers to reach those cities and destinations that are not directly served by PIA. Even though travelers can purchase train tickets separately it will cost them more in comparison to the code-sharing deal of PIA with AccesRail.

Facebook has taken the decision of not introducing ads in its immensely famous messaging application, WhatsApp.

The plan that would have gotten a lot of criticism has been scraped for the time being, but, the firm has got the aim of integrating the ads into the status feature of WhatsApp in the future. The team that was given the task with finding methods of monetizing the app has been disbanded as per reports and their work has been erased from the code of WhatsApp.

Facebook is considering to launch the WhatsApp features to permit the businesses to make communication with the customers and to organize those contacts. After acquiring WhatsApp for $22 billion back in the year 2014, its monetization is on rise on the agenda of Facebook, which is also the major reason why the messaging application’s co-founder Brian Acton and Jan Koum has separated ways with the founder of Facebook, Mark Zuckerberg.The two have been quite skeptical of Zuckerberg and his plans in terms of the targeted ads and privacy.

Sundar Pichai, the CEO of Google took over as the CEO of Alphabet in December. It wasn’t a smooth ride with allegations of sexual misconduct and a 20,000-person Google Walkout employee protest.Now Alphabet will report its fourth-quarter earnings on February 3rd and as per the Wall Street analysts they are expected to report revenue of $46.9 billion that is a year-over-year increase of almost 20%.

Although this is a great thing for companies to reach the trillion-dollar mark, it does not fully depict the economic condition of a company. According to Fortune, the trillion-dollar companies were amongst the most profitable companies in the world last year but Saudi Aramco was at the top with Apple 2nd and Alphabet at the 7th position.It is expected that the next company that will hit the $1 trillion market cap would be Facebook. 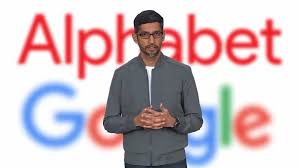 Researchers are getting inspirations from the human mind

Jiddat Web Desk ::Researchers are getting inspirations from the human mind when it comes to intelligence and Artificial Intelligence AI research also involves a deep connection with human brains, however, AI now teaches us about how human brains learn.

Researcher Will Dabney and his fellow researchers at Deepind found that recent development in machine learning called distributional reinforcement learning provides a new explanation of how the reward pathways within the brain work. The pathways govern our responses to pleasurable events and are mediated by neurons that release brain chemical dopamine.

According to the researchers, “Dopamine works as a surprise signal in the brain when events turn out to be better than expectations more dopamine is released in the brain.”However, it was noted previously that these dopamine neurons all respond identically, but the team of researchers found that dopamine neurons actually vary, each one is tuned to a different level of optimism.

The findings drew inspiration from a process “Distributional Reinforcement Learning (DRL)” it is one of the notable techniques in AI which is used to master games like Go and Starcraft II. In simple words, DRL is the idea that reward reinforces the behaviour that led to its acquisition. For instance, a dog may learn to follow the command sit because it receives the reward of pat from the owner to do so. Dabney says, “Previously, models of reinforcement learning in both AI and neuroscience focused on learning to predict an “average” future reward. “But this doesn’t reflect reality as we experience it.”

For example, if someone plays a lottery, he expects to win or lose but he does not expect this halfway average outcome that doesn’t necessarily occur. When the future is not certain, the possible outcomes can be represented as probability distribution instead of positives and negatives. AIs that use DRL algorithms can predict the full spectrum of possible rewards and outcomes.

To test whether the brain’s dopamine reward pathways also work via a distribution, the team recorded responses from individual dopamine neurons in mice. The mice were trained to perform a task and were given rewards of varying and unpredictable sizes.

The researchers found that different dopamine cells showed reliably different levels of surprise.“Associating rewards to certain stimuli or actions is of critical importance for survival,” says Raul Vicente at the University of Tartu, Estonia. “The brain cannot afford to throw away any valuable information about rewards.”

“At a large scale, the study is in line with the current view that to operate efficiently the brain has to represent not only the average value of a variable but also how often a variable takes different values,” says Vicente. “It is a good example of how computational algorithms can guide us in what to look for in neural responses.” But the researchers said more research is required to illustrate whether the findings apply to other species and the regions of the brain.